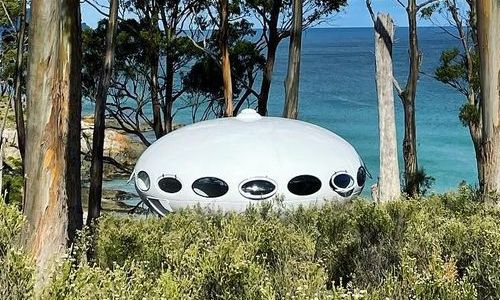 Futuros can be very photogenic, particularly at night, as we see in these two recent shots of this Futuro. The photos are by Emily Wood and her original photos can be found on Instagram here. 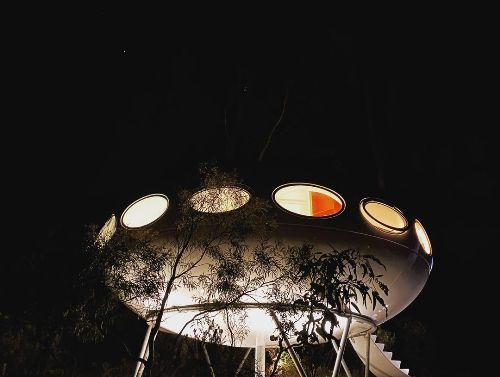 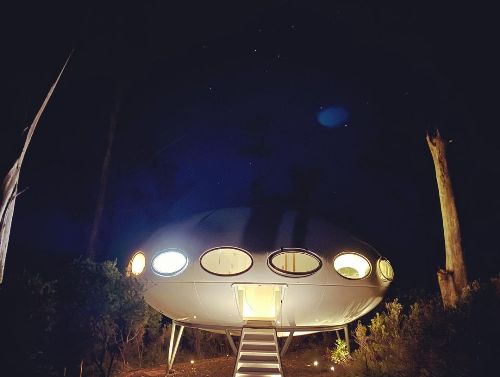 As we reported back in 2018 this Futuro was acquired by the Museum Of Old & New Art in Berriedale, Tasmania; a northern suburb of Hobart.

Since then we have not heard or seen anything about it; until now that is!

On 122221 we got our first look at this Futuro in its new home in Tasmania courtesy of Kirsha Kaechele. We have to say the setting looks idyllic! 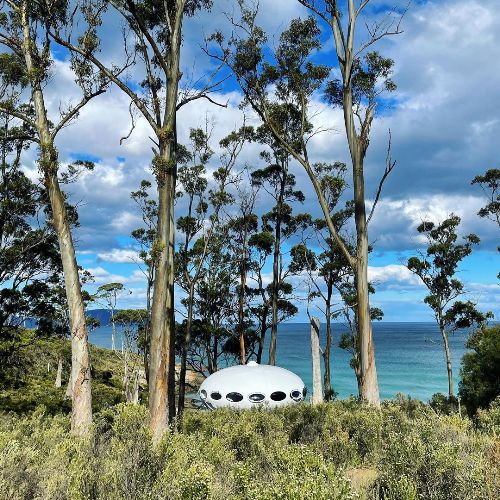 Then a few days later we got another nice exterior shot and also a look inside thanks to lady_emma_bugg who kindly shared these photos. Thanks Emma! 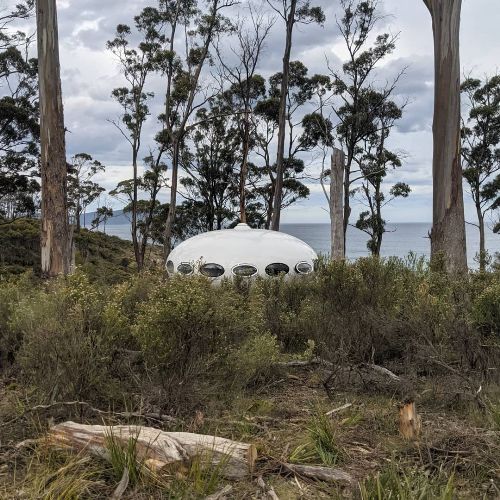 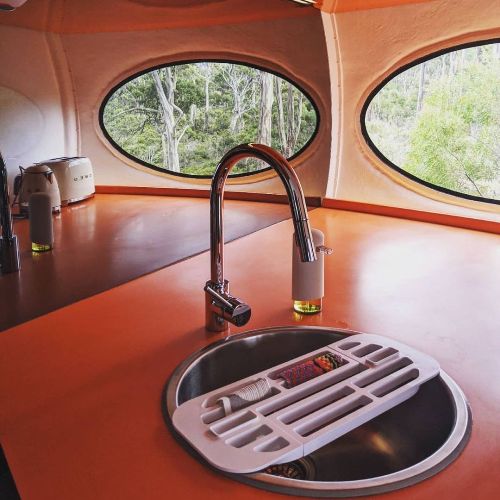 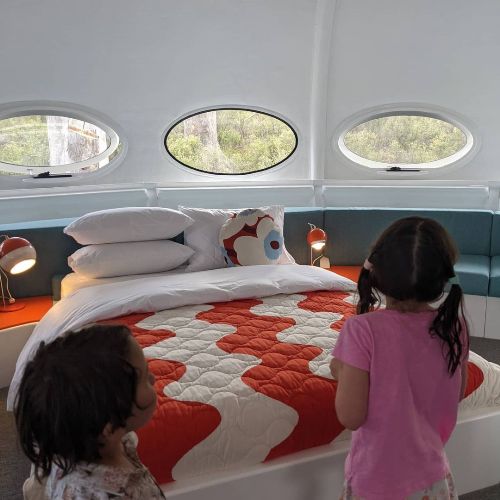 And finally on 123021 we got our best look at it in these photos and video which were again shared by Kirsha Kaechele; thanks so much for sharing these Kirsha! We have to say the restoration looks awesome; they did a great job! 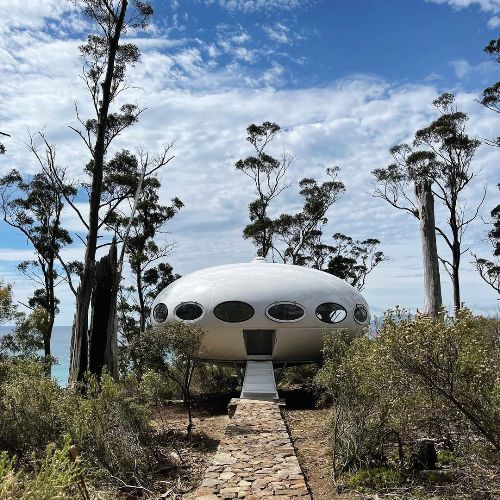 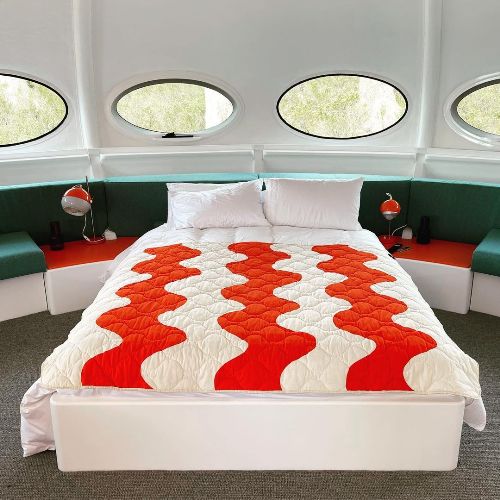 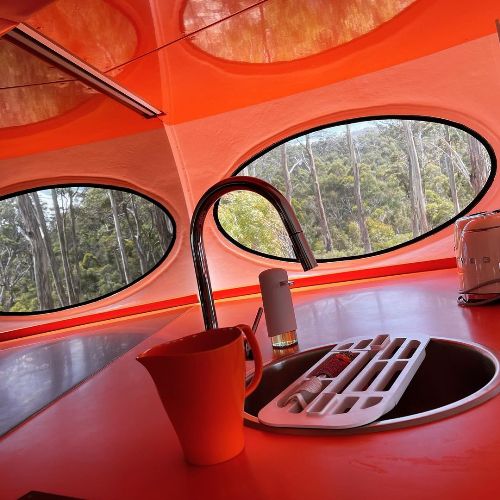 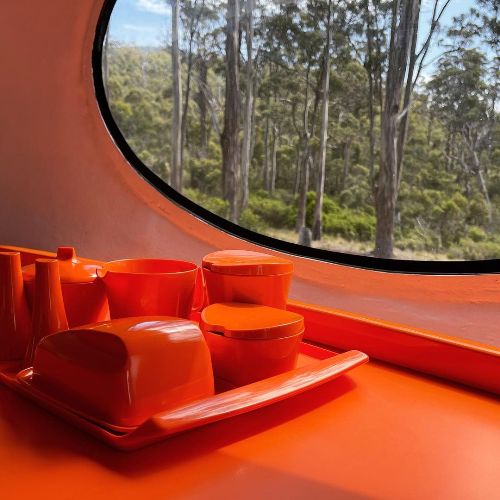 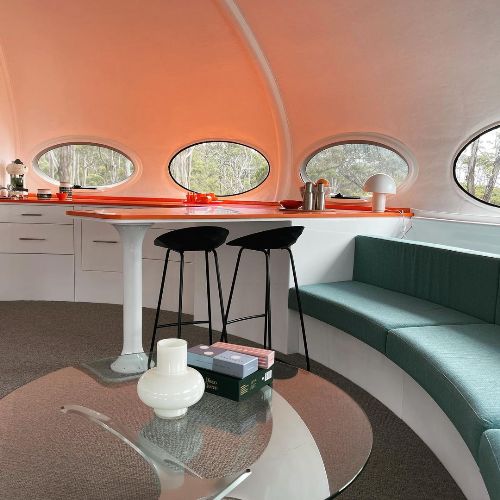 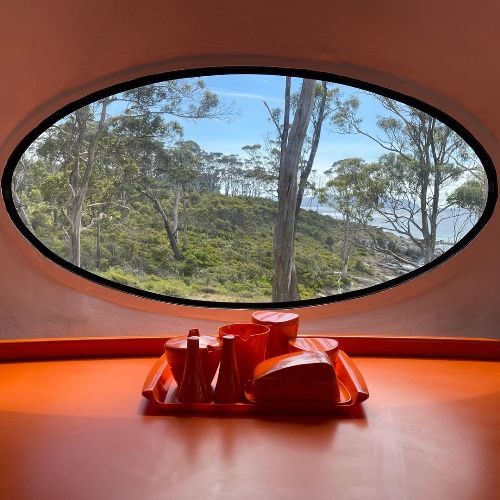 Prior to 2013 this Futuro was located in Kaimaumau, New Zealand. In 2013 Nick McQuoid purchased it and moved it to Rangiora. In 2018 Nick sold the Futuro to the Museum Of Old & New Art in Berriedale, Tasmania; a northern suburb of Hobart.

The sale is particularly notable in that, with a sale price of $260K new Zealand dollars (about $175k US dollars at the time of writing), it achieved the highest sale price yet for a Futuro (at least according to our often fallible memory and details we have of sales where we know the sale price). Warrington we believe sold for more but that was not only a Futuro, it included a home and lot.

As of yet we have not come across any photos of this Futuro in its new home or information about its future though given that its new owner is a Museum we are hoping it becomes another Futuro open to the public. If you are aware of any information or have (or know of) any photos of this unit at MONA please let us know.

This photograph by steendyk taken 111322.