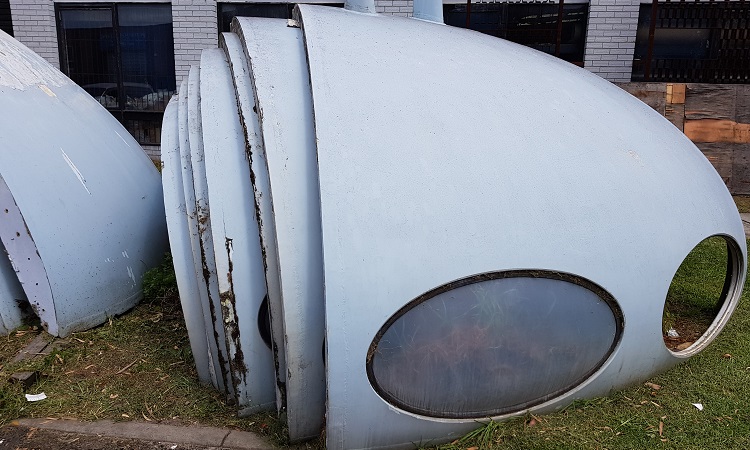 In correspondence with the owner of the Futuro currently undergoing restoration in Perth, WA we learned that that had been the destination for this Futuro when it left Cheltenham. Unfortunately that meant we had the same Futuro listed twice as being "current" but now we are able to correct that error and remove this Futuro from "current" status.

Any further updates or information regarding this Futuro will be added to the page for its current location which can be found here.

This Futuro appears to be on the move. In a recent email Matt Lindsay informed us that as of 011219 the disassembled Futuro was no longer sitting on the side of the street in Cheltenham. We currently have no information on its destination and whether this is a just a move to storage elsewhere or relocation to a site where it will be reassembled and perhaps refurbished. Google Earth imagery indicates that the unit was no longer on site as of 113018. The Futuro was on site as of 032218 based on personal email correspondence so we know it was moved sometime between 032218 and 113018.

Since the Futuro is no longer at the site we are now adding the exact location information to the page "for the historical record".

If you know anything about where this Futuro has moved to we would love to hear from you. We can be contacted directly by email or via our Contact Form.

Between November 2017 and March 2018 Peter S travelled thousands of miles and visited this Futuro as well as those in Canberra, Deep Creek, High Wycombe and South Morang.

He visited this Futuro on 012118 and was able to confirm in conversation with the owner that the Futuro was complete and that the parts not visible on the street were all stored inside his business premises. The photos below provide a good idea of the condition of the Futuro at that time and also in some cases a good look at its structure/fabrication; Thanks for sharing Peter. 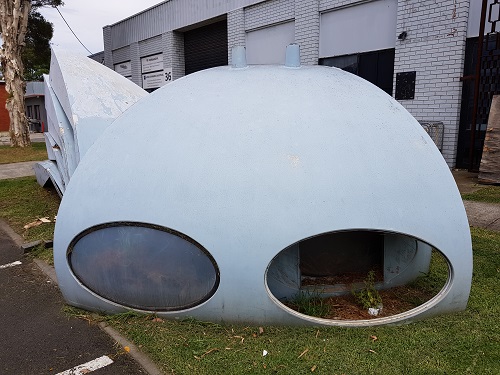 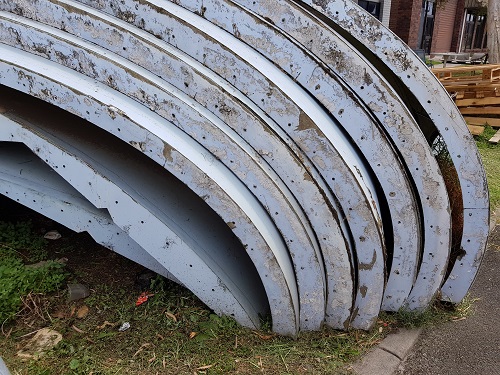 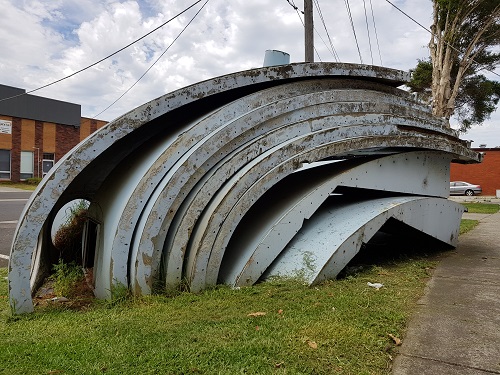 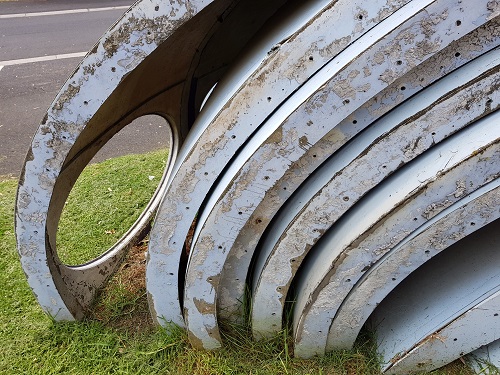 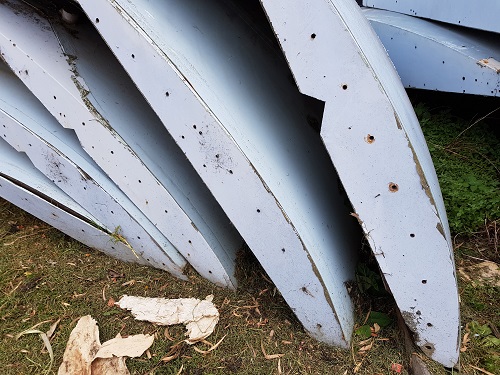 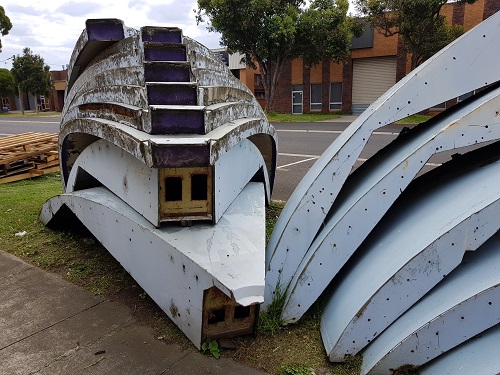 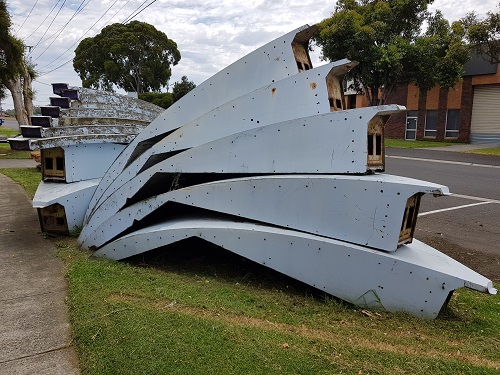 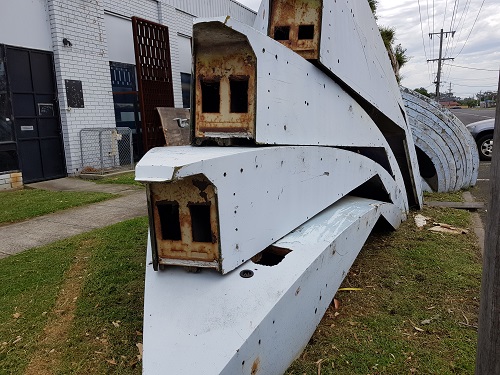 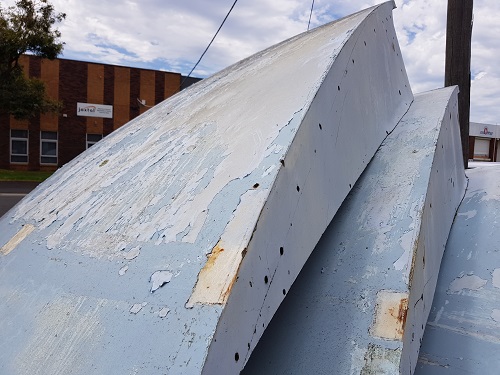 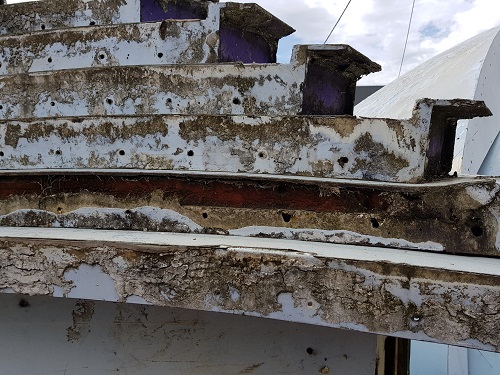 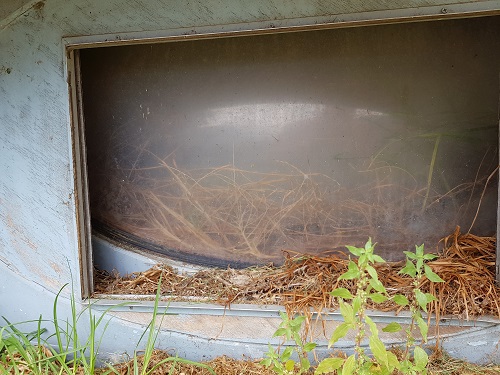 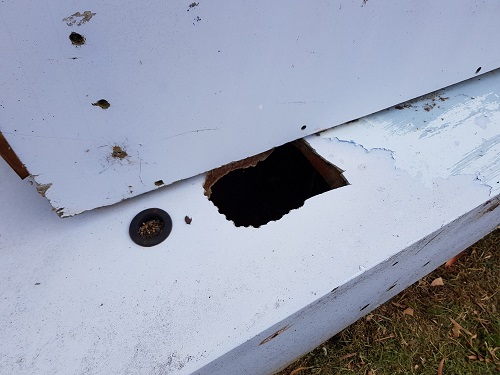 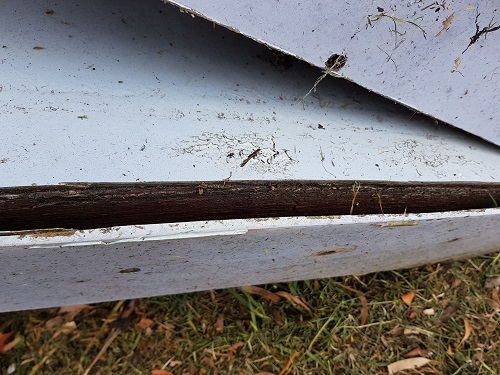 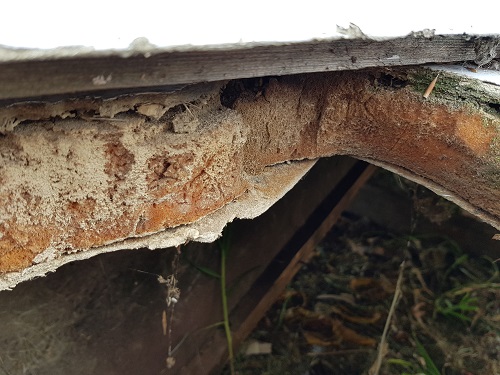 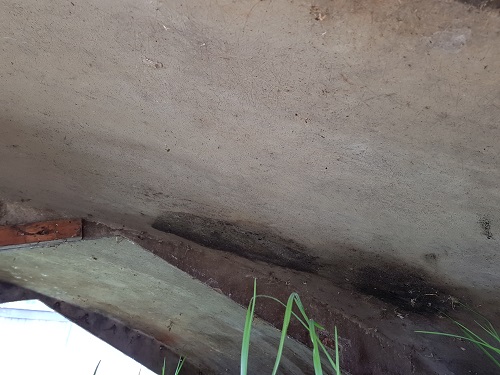 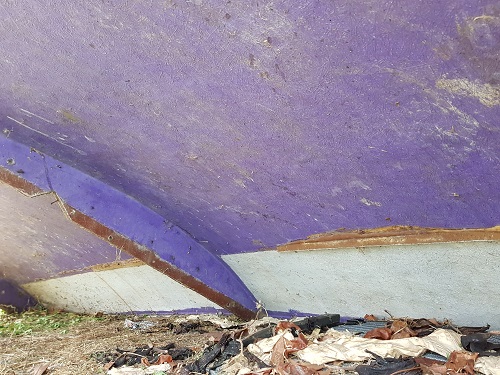 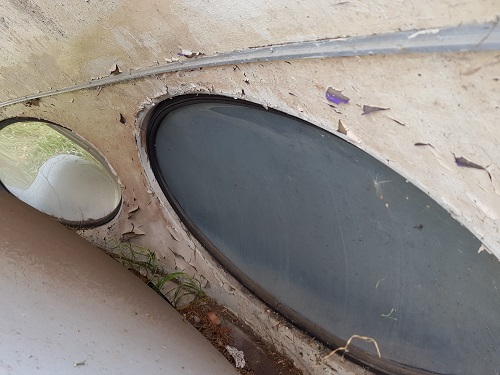 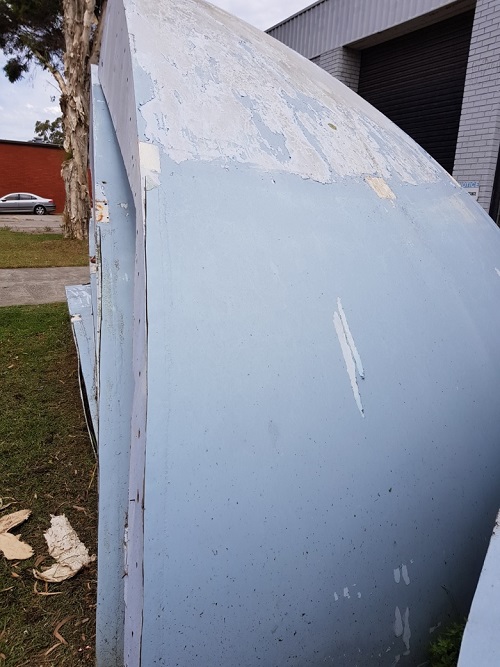 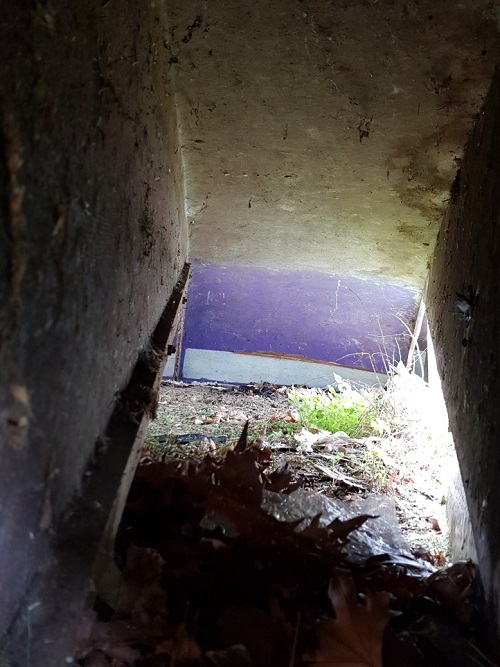 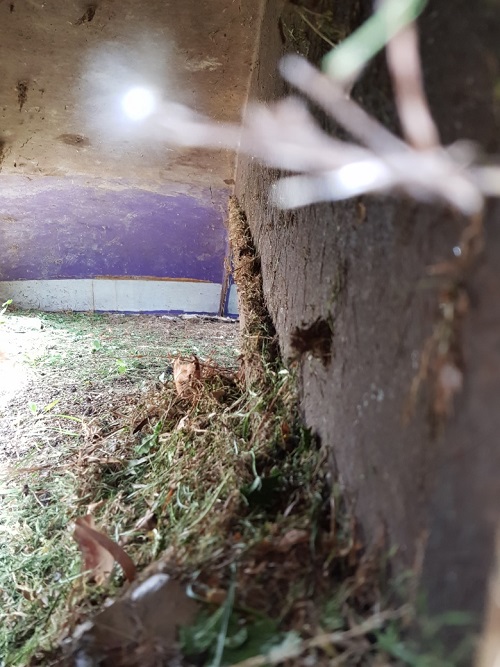 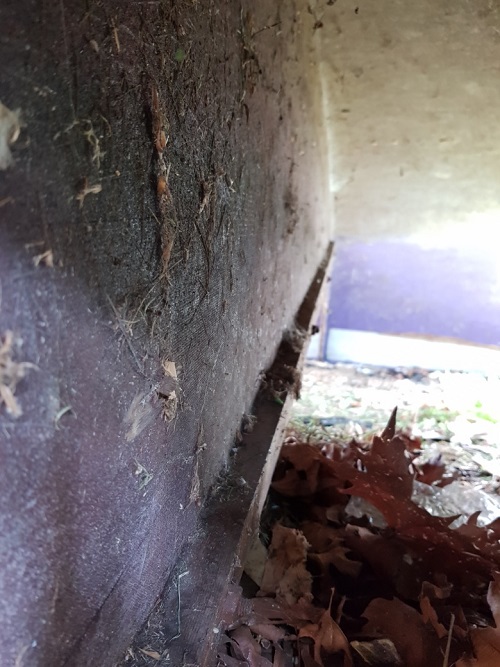 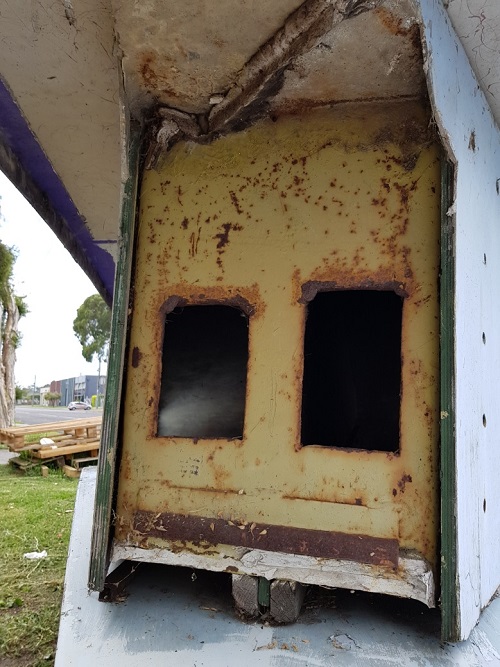 Based on a little research following an email we received from Martin Williams it now seems that our conclusion that this Futuro is one of the two previously located at Scoresby and auctioned in 2004 was in error. Specifically both Scoresby Futuros can be placed at locations other than Cheltenham on dates that this Futuro was already in Cheltenham.

More information can be found in the Wensleydale, Victoria section that has been added to the "Lost Souls" page as a result of the same Martin Williams email. The previous history of this Futuro for now remains unknown to us.

When we added this Futuro to the site recently we concluded it was likely the second of the two Scoresby Futuros. Following the addition to the site Paul McNeil emailed us telling us he actually recalled the auction and the buyer of the second Futuro. Paul tells it this way:

"New Futuro image I am pretty sure is the other futuro that was auctioned at Caribbean Gardens ... I can't remember the guy's name ... He owned a furniture making business. But people in melb keep telling me they keep walking past it. The guy came to auction and was interested, but only bought it because I told him what a bargain it was! And sure enough its still sitting there!"

So, based on known history, disposition of the other known Futuros in the region and on Paul's recollection we are now convinced this is indeed the second Scoresby Futuro and we are marking it as "Found" on the "Lost Souls" page. That said that is just our opinion and you may of course disagree. If anyone can add any certainty one way or the other let us know.

A few days ago we came across the image below on Instagram. Based on the comments that accompanied the post it was not difficult to track this down to an exact location in Cheltenham, Victoria, Australia.

Google Earth satellite imagery shows the Futuro as far back as 021206. Imagery dated 040505 though not 100% clear and conclusive appears to indicate the Futuro was not at this location at that time so most likely the Futuro arrived between those two dates.

It is possible this is the second of the two Futuros that were located in Scoresby and auctioned in 2004 (the other was moved to Lorne and is now believed to be in the Perth area). While the timing is not perfect as it looks like this Futuro was not moved to Cheltenham until after 040505 it could have been stored somewhere for a period between removal from Scoresby (almost certainly in 2004) and arrival in Cheltenham. In addition the color is right and the roof vents also appear to match.

On balance while we think it likely this is the second of the two Scoresby Futuro's there is no evidence on which to say that with 100% certainty. That said whatever its history this cannot be one of the currently known Australian Futuros as they are all accounted for during the period this disassembled unit has been in Cheltenham so this is a "new" addition to the list of known Futuros.

While this Futuro has sat on the side of the street for over a decade without issue we are not including the exact location here on this page at this time. Seems like that would be an invitation to someone with a Futuro passion but no scruples who might otherwise never have known about this Futuro to drop by with a truck one night.

For the same reasons we are not including links or references to the Instagram post that alerted us to this Futuro; if we could locate it easily then so could others. However we do want to extend our thanks to the poster - you know who you are. 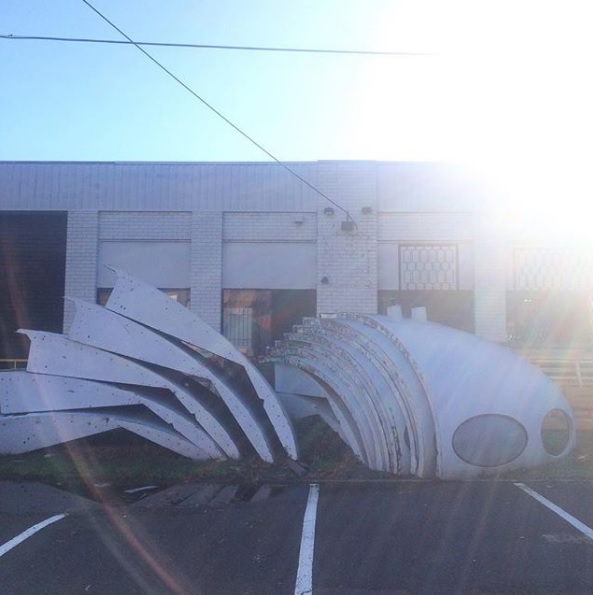 Personal email correspondence regarding imagery from the Australian service Nearmap which confirmed Futuro on site as of 032218.