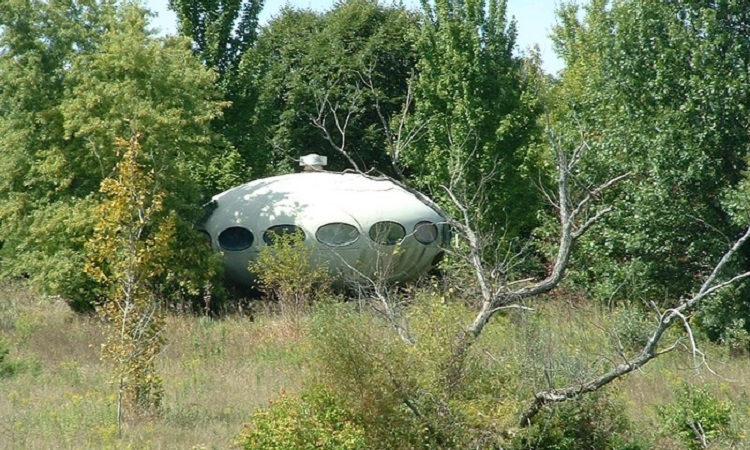 As previously indicated early in its life this unit was featured at the Illinois State Fair; until now we had never seen a photo of the unit from that time. However William Bird aka Edge And Corner Wear recently posted a very cool photo to Flickr which shows this unit as it appeared "back in the day" at the "Illinois State Fair."

The photo is of an advertising trade card and is undated though we have to assume it was at the very end of the 1960's or the beginning of the 1970's. As with many Futuro's there is room for doubt as to precise history but it is noticeable that the roof vent on this unit does appear to be the same as the one seen in the later photos of this unit from its time at 7357 Illinois 29, Cantrall, IL 62625, USA.

The photograph is displayed here with William's permission - thanks William. 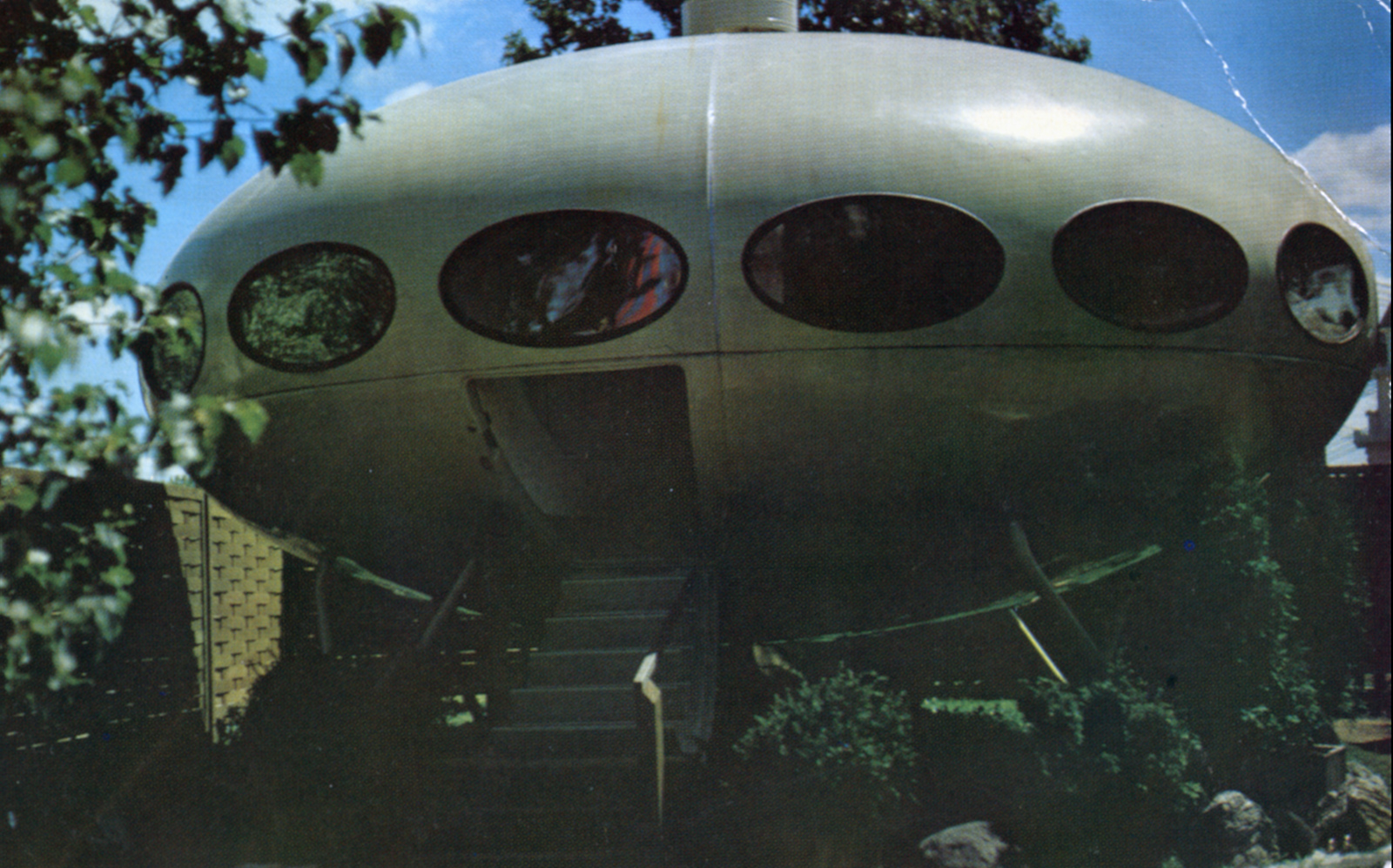 A while ago we were sent a link to a web page archived by the Internet Archive Wayback Machine. We do not recall who sent us the link (let us know and we will credit you) but we do recall it was suggested that the photos on the page were of Richard Pisani's Danvers Futuro House.

Pisani bought his Futuro in 1997 and, as reported in the New York Times on 072805, by 2004 Pisani had become one of the world's foremost authorities on the Futuro House. Pisani set up the website Futuro-House.net which is still up today. The archived webpage is from Futuro-House.net but is no longer an active page on that site.

Our initial reaction when we looked at the photos on the web page was that it did appear similar to the Futuro House now in Danvers; in particular both have the same type of vent centered on the top of the unit and both have the same window configuration.

However, looking at the structure of the archived web page we began to have our doubts. The webpage was an archive of several photo galleries. One of the galleries was titled 'My Futuro"; there was another gallery titled "Other Futuros" and within that one was one called "Central Ill Futuro" which contained the photos below. It seemed to us that if the photos were of Pisani's Futuro, albeit at a previous location, they would not be in a gallery titled "Other Futuros". In addition a notation against the "Central Ill Futuro" gallery reads:

If this was Pisani's Futuro then surely the comment would have continued on to state that the Futuro was now in Danvers or words to that effect. 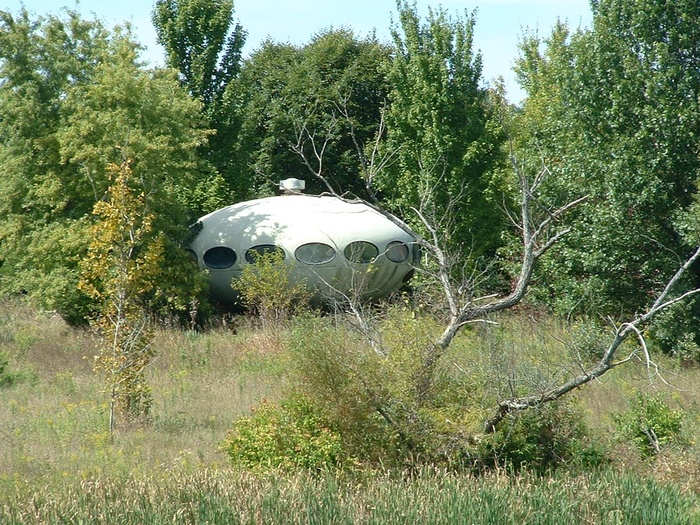 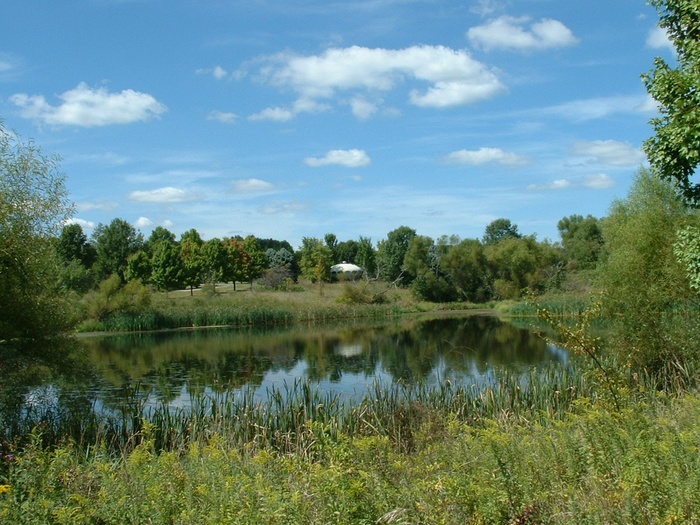 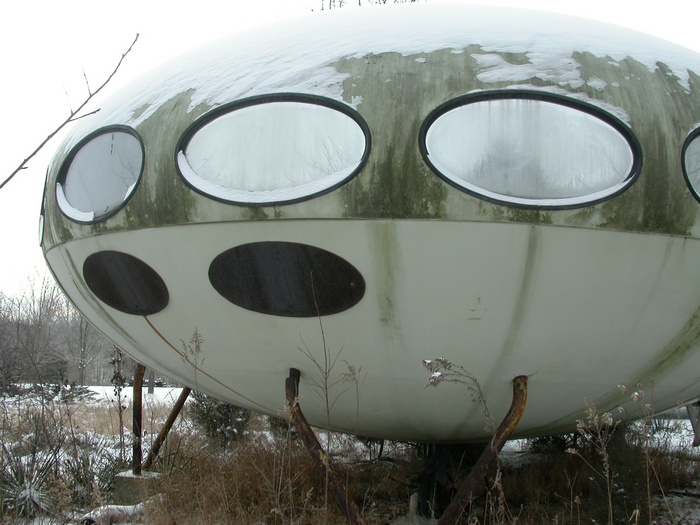 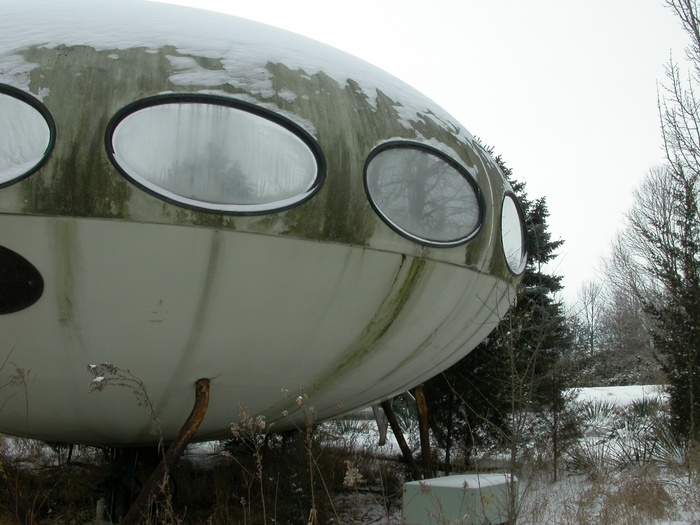 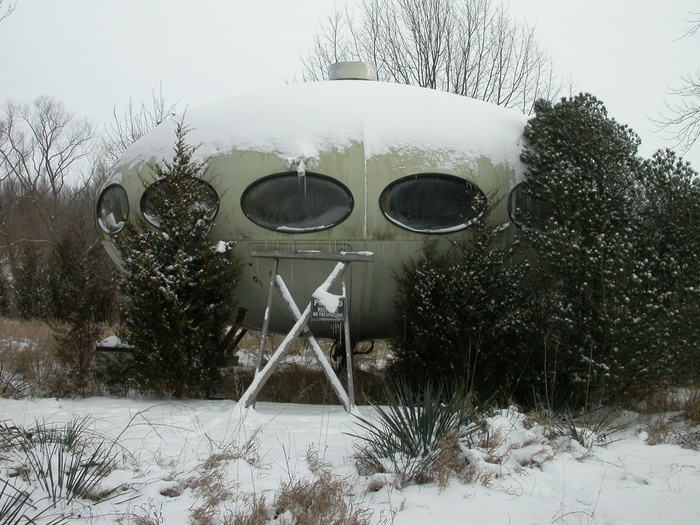 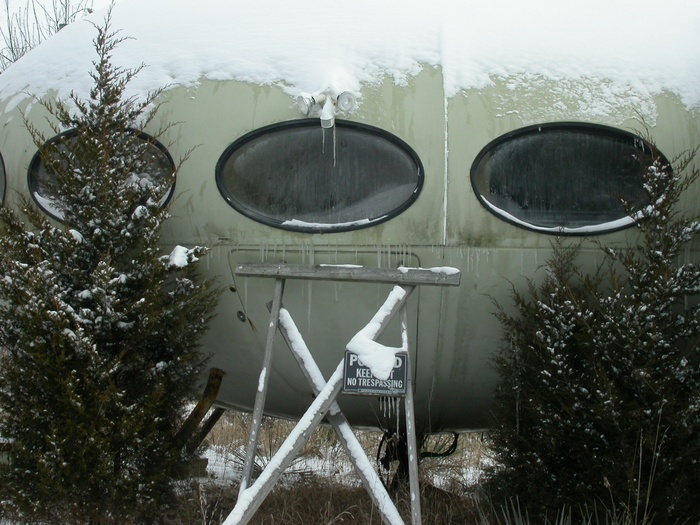 Those thoughts left us with sufficient doubt to cause us to take a quick trip through some historical imagery in Google Earth where we quickly confirmed the photos were not of the Futuro now in Danvers and that in fact there is no reason to think that our earlier conclusion that this Futuro is now located at Livingston was incorrect. True the Livingston unit does not appear to have the vent on the top of the unit but it was completely disassembled when it was moved and it is entirely possible that the vent was not reinstalled.

The screenshots below are from Google Earth and show (top to bottom, left to right): Pisani purchased his Futuro long before 2003 but that is the first available Google Earth satellite imagery that shows his unit on site in Danvers. Having said that with the imagery we do have of the two sites there is a period of six years overlap where there were Futuros on site in Danvers and on site in Springfield - quite clearly they cannot be the same unit. 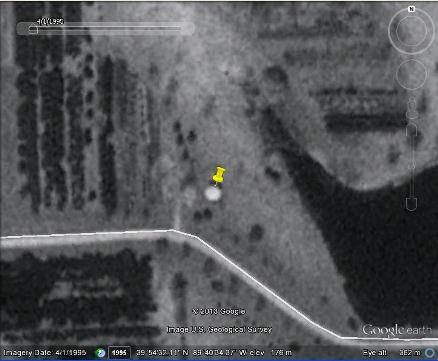 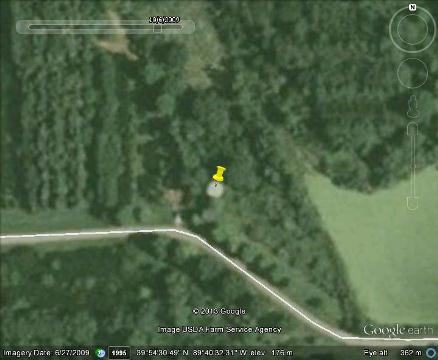 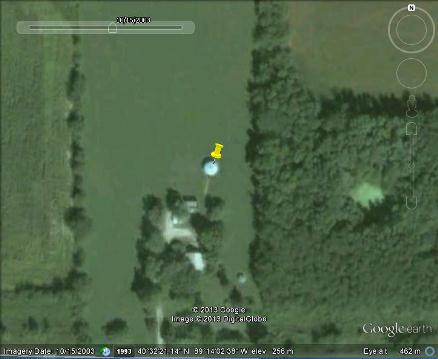 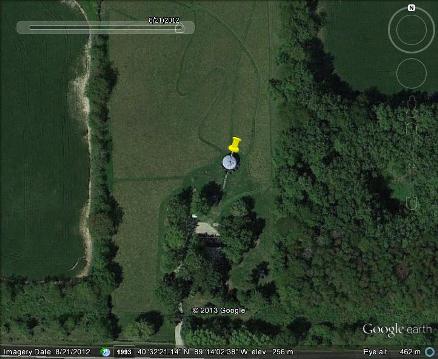 During research into the Futuro located in Livingston, IL it became apparent that it had previously been located somewhere on Route 29 north of Springfield, Illinois. Now we know that it is no longer there but the "detective" in us was still interested in establishing precisely where it had been located. A Roadside America article quotes Jolynn Brubaker, who photographed the Futuro on Route 29, as follows:

"You can see it from IL-29 and if you pull over and stand up on your vehicle (or if you're 6'5 and over) you can see the small pond-lake in the valley between the house and the road..."

The photograph accompanying the article clearly showed the scene described. Unfortunately that did not provide enough information to track down precisely where the Futuro had been located and with Google Maps imagery updated in 2010 pouring over that application was not going to do it. The key lay in an article in the Springfield State Journal Register (012310) which said:

"The House of the Future had been rotting away at Frank Moscardelli's place north of the Springfield airport along Illinois 29. Nobody but raccoons ever lived in the house."

A search for the previous owner turned up an address and a look at imagery available in Google Earth from an earlier date (062709) than that currently populating Google Maps showed the Futuro at the address. Even earlier Google Earth imagery (040195) puts the Futuro on the Route 29 site for at least 15 years.