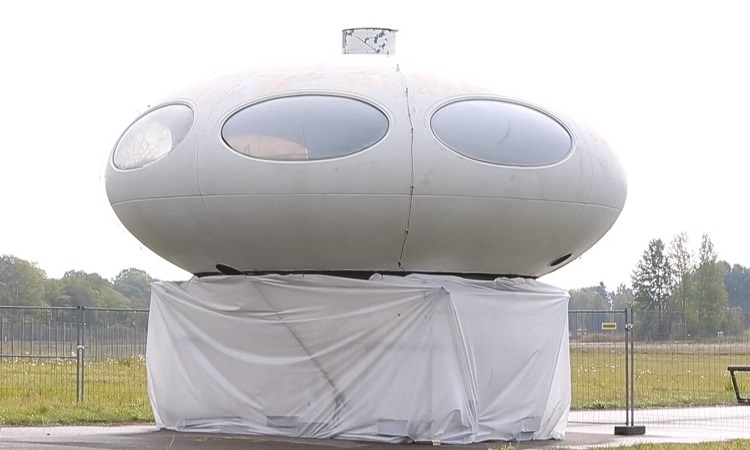 Swedish journalist Fredrik Björkman has published several articles relating to Futuros in Sweden and following the conclusion of the auction for this Futuro he published an article on helahalsingland.se. The article was behind a "pay wall" so we could not access it but Fredrik sent us a transcript of his article; thanks Fredrik.

The auction was won by Catarina Dittschlag of Jönköping. Catarina first came across the Futuro in a design book when she was a kid in the 1970's and had dreamed of owning one ever since. When this Futuro came up for auction and Catarina determined she would bid she had not intended to go as high as her eventual winning bid of SEK 500,000 but with the Futuro being so unusual and the opportunity to purchase one being so rare she decided to go higher with her bids and was ultimately the winner.

Catarina has a passion for design and is constantly on the lookout for unique and unusual things; among previous purchases is another very unusual structure Nebotornet, a castle/tower like building located in Veinge that is now available for short term rentals.

Once moved to its new site, not yet determined but likely somewhere in Halland, Catarina intends to work on restoring the Futuro and has plans to try to recreate the more normal internal fixtures and fittings of a Futuro and install the traditional door/step entrance in place of the current access method which is through the base of the Futuro.

Once restored the plan is to rent out the Futuro and also possibly allow short term moves for the purpose of exhibitions/museum display and the like.

Several other articles have been published on various sites that relate similar information; among them are articles on nt.se, svt.se and hn.se.

The nt.se article includes the video that can be seen below which has some nice footage along with an interview with Catarina. The video is of course in Swedish so we have no idea what was said. If anyone happens to watch and feels inclined to let us know if the interview contains any particularly interesting information please contact us.

The auction for this Futuro ended 101216 with the winning bid coming in at SEK 500,000 (converted to $56767.85 the last time we looked it up). The next quest is to figure out where the Futuro is going and what plans there are for it! If you have any information please let us know.

The two videos below were shot by Johan Danielson 092216 in order to provide prospective bidders some additional information and views of the Futuro. The videos were recently added to the links on the auction website and are hosted on Vimeo here and here.

In the 1970's the Swedish Air Force purchased three Futuros from Oy Polykem Ab. These units were heavily modified; in particular they had 7 oversize windows instead of the standard 16 around the circumference of the structure and the means of entry was by ladder directly through the center of the base of the unit instead of the normal door/step unit.

Two of the three were placed on a bombing range in Stråtjära where they were mounted on towers and used to observe and assess bombing practice and the third was located on Satenas Air Force Base.

The two Stråtjära Futuros were removed from the 14 meter tall towers upon which they sat on 042116 and began a multi-stage journey by both road and water to new locations. That journey saw a road trip from Stråtjära to the Port of Norrsundet on 060216, a trip by barge to Norrköping on 062016 and then a second road trip to the Norrköping-Bråvalla Airfield on 070616.

On 091216 one of the two then took one final road trip to the Flygvapenmuseum, the Swedish Air Force Museum in Linköping where it will be restored and then used as a conference room. This Futuro remains at the Norrköping-Bråvalla Airfield where it is being prepared for public auction by the Swedish agency Fortifikationsverket.

Details of the auction can be found on the Fortifikationsverket website. There are two viewing sessions scheduled; one is actually today (at the time of writing) 092416 (10:00-12:00) and the second is 092416 (14:00-16:00). The website indicates that these sessions are for "serious bidders" only and registration is required. Interested parties can register here. According to this page on the website online bidding will run 100316 through 101016.

A deposit of 10% of the purchase price is payable "when the purchase contract is signed immediately after the bidding is completed" with the remainder due on the "completion date". Based on Google Translate (not always reliable with the Scandinavian languages) it looks like the buyer would need to remove the Futuro no later than 120116.

Various documents relating to the auction can be downloaded from the Fortifikationsverket website using the links below. A really great set of photos by Niklas Luks was published 092216 on the website nyhetswebben.se which show the current condition of the Futuro as it is prepared for auction viewing. These photos can be found below and are displayed with permission. In addition Niklas also added the video seen below to Youtube, the original Youtube posting can be found here.

We would love to be able to bid on this Futuro but that is simply beyond our means; if you are the eventual winner we would love to hear from you about where the Futuro will "land" and what your plans are for her! 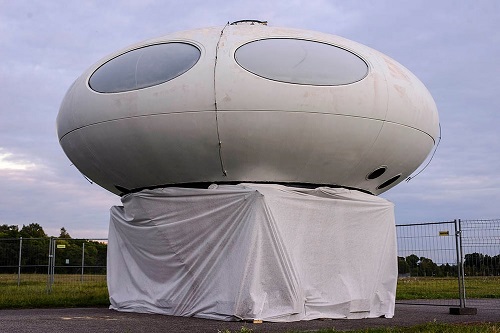 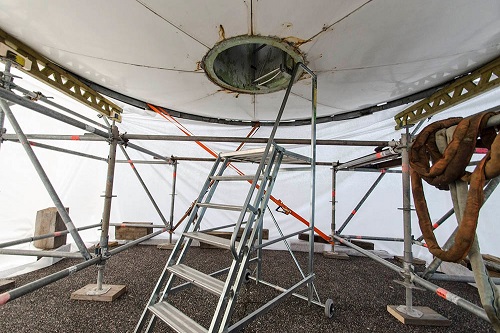 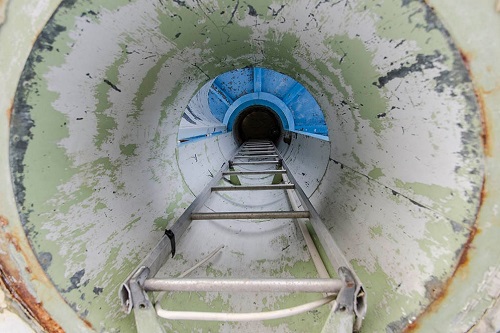 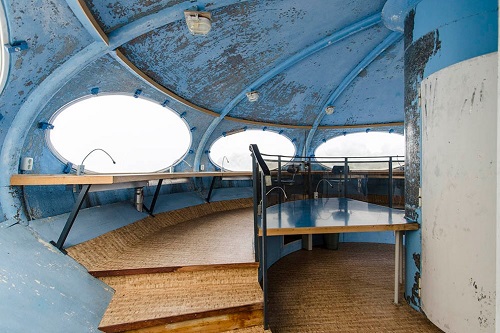 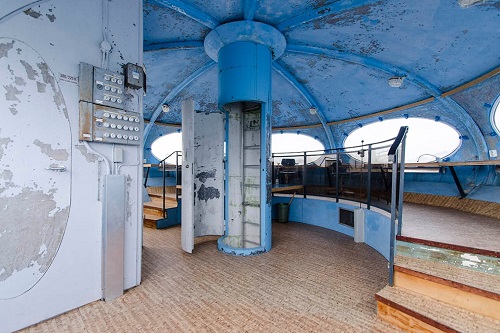 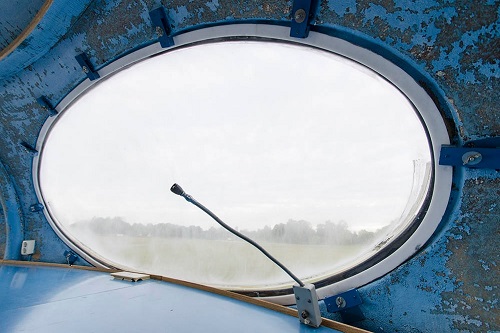 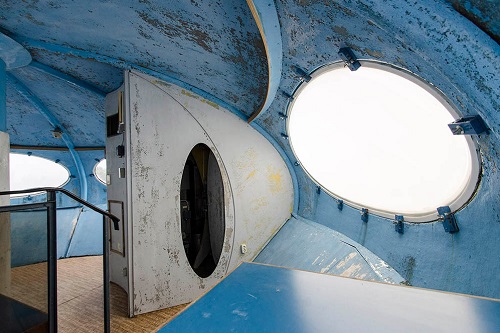 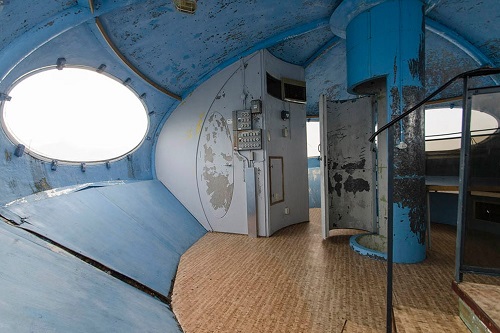 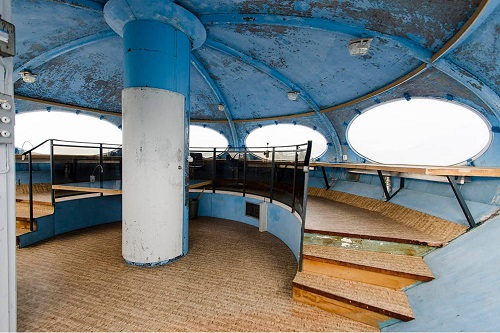 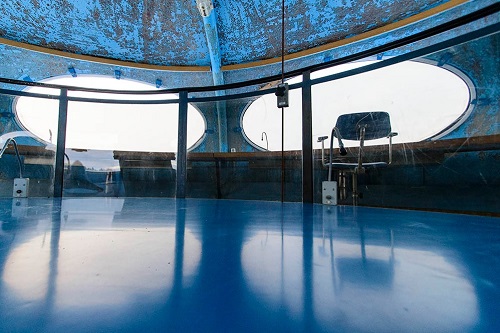 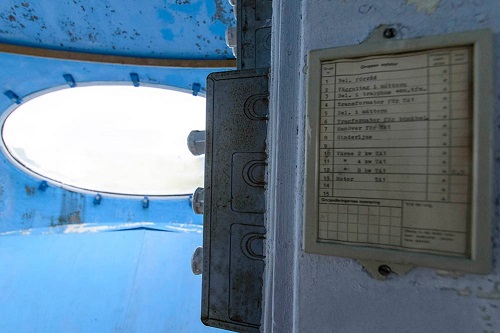 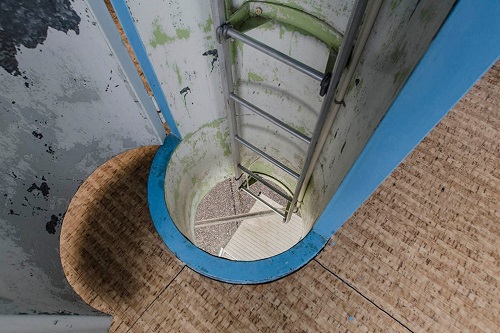